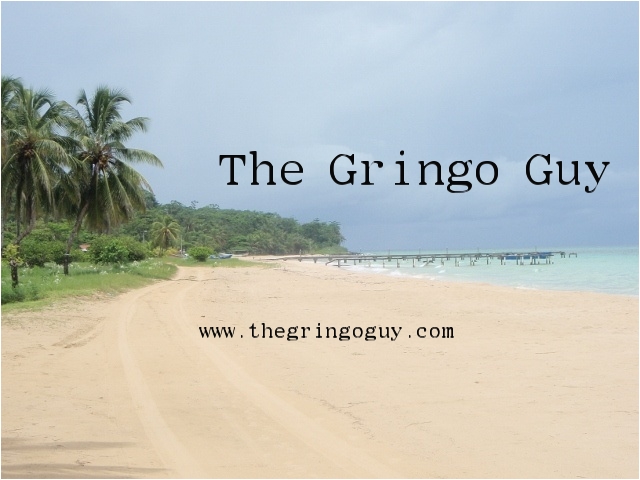 The Gringo Guy Goes To The Army: Sort Of

My military orders came in the mail and I shipped out (on an airplane not a ship) for Europe in January. Ok, I wasn’t exactly in the army now. I did however; recently have the pleasure and privilege of teaching an intercultural communication course for the Department of Defense at Panzer Kaserne Army Base near Stuttgart, Germany. 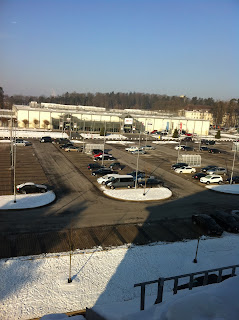 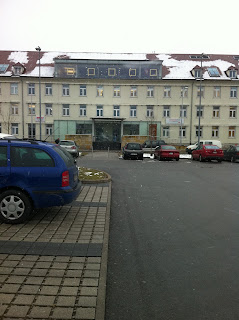 I was nervous. I had never been on a foreign U.S. military installation. It was all new. I was put on the roster and given the rights to buy things in the commissary and receive VAT (Value Added Tax) Forms, for my hotel and rental car. That means I had a sort of tax-exempt status. My class was full of high ranking military personnel. I learned a lot about military life: Navy pilots, soldiers in Iraq, the USO: fascinating stories. 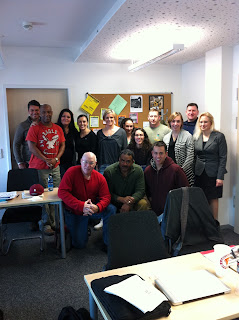 My students were military personnel, civilian government employees and contractors. The students ranged in age, work experience, race and other features. However, one characteristic e united them: they were a cool and fascinating group of people. It was a pleasure and an honor to lead the course.
The students even ate lunch with me in the U.S.-style food court. The picturebelow is blurry but you can make out all the chains. The only difference is the military folks here have to pay more for the same fast food we eat cheaper in the U.S. You think it would be the other way around, but no. They have to pay more. 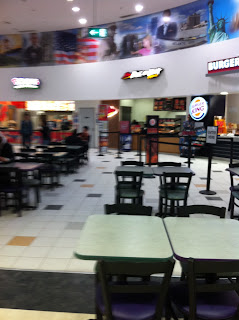 This class challenged, motivated and inspired me. I have to say it was one of the single best teaching experiences of my life. They questioned issues and topics in a way that only real world experience could allow them to explore. These women and men were tough and smart. They were also one of the politest and most respectful classes I have ever taught. At the end of the course they presented me with a card, wine, beer glasses and this medallion of excellence. 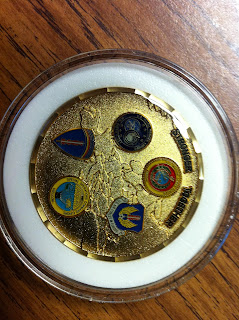 It is hard to remain tough and stoic when the good folks at a military installation shower you with praise and gifts. I carry away much more than those symbols of good will. I developed a much deeper and lasting respect for the men and women who serve our country. I will forever be indebted to the good folks at Panzer Kaserne for that gift.
Posted by Anthony Spencer at 4:19 PM 1 comment: